Years ago, George Dillman, love him, hate him, or just don't care...became the voice of a movement regarding higher education in the martial arts...not just through constant practice, but in depth study of the human anatomy through the paradigms of Western Medicine and Traditional Chinese Medicine (TCM) with regards to the movements of Kata and more.

George is basically retired and since his National Geographic fiasco many years ago, which did more damage for Kyusho than good, many outside of his organization and within have had to rebuild the reputation that Kyusho had early on.

There will be many who disagree, and I welcome that, and I was there almost from the beginning and luckily I left prior to the NG fiasco.  I still had fallout from that, even though I was no longer involved with George.  Hell...I was on the cover of Black Belt Magazine with him in March of 1995 (their 400th issue). 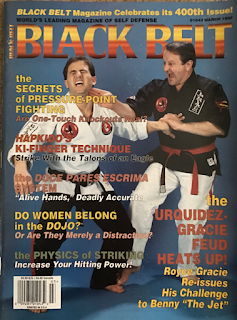 This post is not to bash George at all, even though it may appear to do so.  I am writing this to prove a point.  He was the voice of Kyusho for many years.

This is no longer the case.

There have been many who have tried to copy this success, but lack certain elements that only bring them a  handful of followers.

One of these is Sustainability

As you look around, new programs are popping up all the time, many by people whom no one really knows.  This alone does not make them a good or bad teacher....just one no one has heard of yet.  Some learn how to market, and thus they get "discovered."

Years ago Remy Presas asked me at a seminar in Philadelphia about the person he was appointing to be his heir apparent.  This was not someone from Philly.  He asked me what I thought about this.  I told him that the guy was a good martial artist and extremely BORING.  So much so that I had to go and sit down because I was literally falling asleep on my feet.  His monotone voice and lack of charisma were but two important factors that led to my answer.  Remy was not too pleased with my answer and if he did not want me to be honest...he should not have asked.

This guy went on to take over 1 faction of Remy's organization after his passing, and soon disappeared due to the fact that he had no charisma which led to few followers and therefore...no sustainability.

My question for you today is, if you are looking to add something to your training, do you look at the hype of a good marketer or look beyond that to see if they can actually deliver on their marketing message?  For example...if someone is marketing that, "This is not necessarily for combat (No touch knockouts)", then why sell it at all?  Give it away if is just for shits and giggles.

Next time in Part 2 we will discuss what makes someone more marketable.

Until next time KO your obstacles by keeping it simple, keeping it safe, and train with PinPoint™ accuracy. 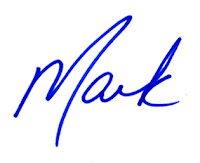 Mark Kline is a short, bald, professional martial artist from NJ.  He is the architect of the PinPoint™ Method of Pressure Point Education for Martial Arts which is hosted by the Kyusho Institute.  He has thousands students and followers around the globe training in his unique method of learning through a combination of live seminars and online education.  You can can find more information about this unparalleled Kyusho Educational program here, where you can get 30 days free to try it out - http://www.KyushoInstitute.com and he can be reached directly by email - mark.kline@kyushoinstitute.com

Popular posts from this blog

In Part 1 we spoke about Sustainability and Charisma.

Even if you are great at marketing and you are marketing crap...it is still crap and it is unethical.

In order to really be an effective teacher one must have something called E(3) or E cubed.

- Education - actually be able to teach something new and unique, not just copying someone else
- Entertainment - do so in a manner that entertains
- Emotion - elicit emotions from the students with more than techniques, but voice inflexion, body movement, etc.

If someone can do all three, then they have some of the necessary skills to gain a good following around the world.

E cubed alone is not sustainable and sometimes you also need good marketing skills and there are some great marketers out there that are selling repackaged stuff of someone else's skills....beware of this.

They lack the skills to develop their own unique method, so they just change the message due to their good market…
Read more

Please read in full as there is more to this article than politics.
This past weekend in Berkeley, CA there were protests.  Some were involving the release of of President Trump’s tax returns, some involved other issues.
In the United States we have the right to peaceful assembly.
Amendment I
Congress shall make no law respecting an establishment of religion, or prohibiting the free exercise thereof; or abridging the freedom of speech, or of the press; or the right of the people peaceably to assemble, and to petition the Government for a redress of grievances
The AntiFa group (https://en.m.wikipedia.org/wiki/Anti-fascism) mostly, not all, wear masks to hide their identity.  Now why is that?  If you feel strongly enough about the topic to show up...how about showing up fully.  What ever happened to “Stand up and be recognized?”  Oh wait...there are some, not all, of these people are paid by master manipulator George Soros groups to stir up trouble and therefore would be in violation of the …
Read more

Currently I have 3 dogs.

2 are mine...1 is a foster, of which I am currently failing to find him a home...other than mine.

Walking 3 dogs is like juggling multiple objects in a hurricane.

I have narrowed things down to make them easier, as far as walking all 3 dogs at once.  2 dogs are on a tandem leash and the other a single one.  They still get tied up and at times all 3 want to go in different directions.

So what does this have to do with Kyusho, or self defense for this matter?

In last weeks Blog, I was talking about trying to take things that you would not necessarily use in a self defense scenario because it would make the process of "installing" the material that much harder and therefor less likely that you could pull it off...if your life depended on it.

As I walk the dogs several times per day, I am reminded how much like a self defense situation this is.  You must pay attention or juggle many things.

Two of the dogs like to pick up things they find on the ground.…
Read more